Last week was Dr. Seuss week at my daughter's school in honor of his birthday. On Friday they were allowed to dress up as a character from a Dr. Seuss book.

We talked it over and chose Thing 1 since it was a relatively easy to make using supplies I already owned. 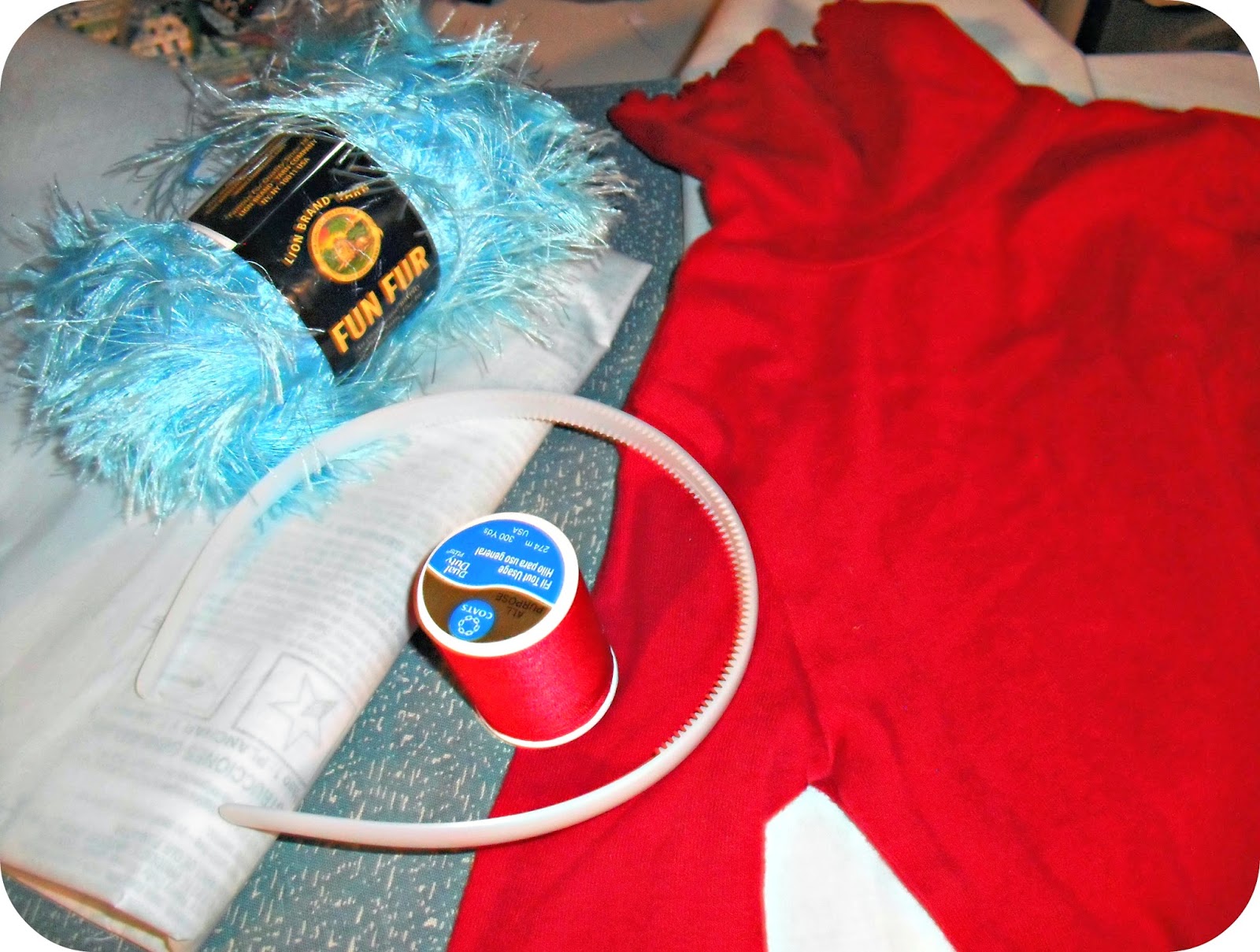 All I needed for the shirt was some scraps of white fabric, a turtleneck from the 'to donate' pile and some heat n bond.


I cut the neck off the skirt since my daughter hates turtlenecks..(I'm guessing that it why I found this in the donate pile to begin with) folded it down and used a zigzag to clean up the edge 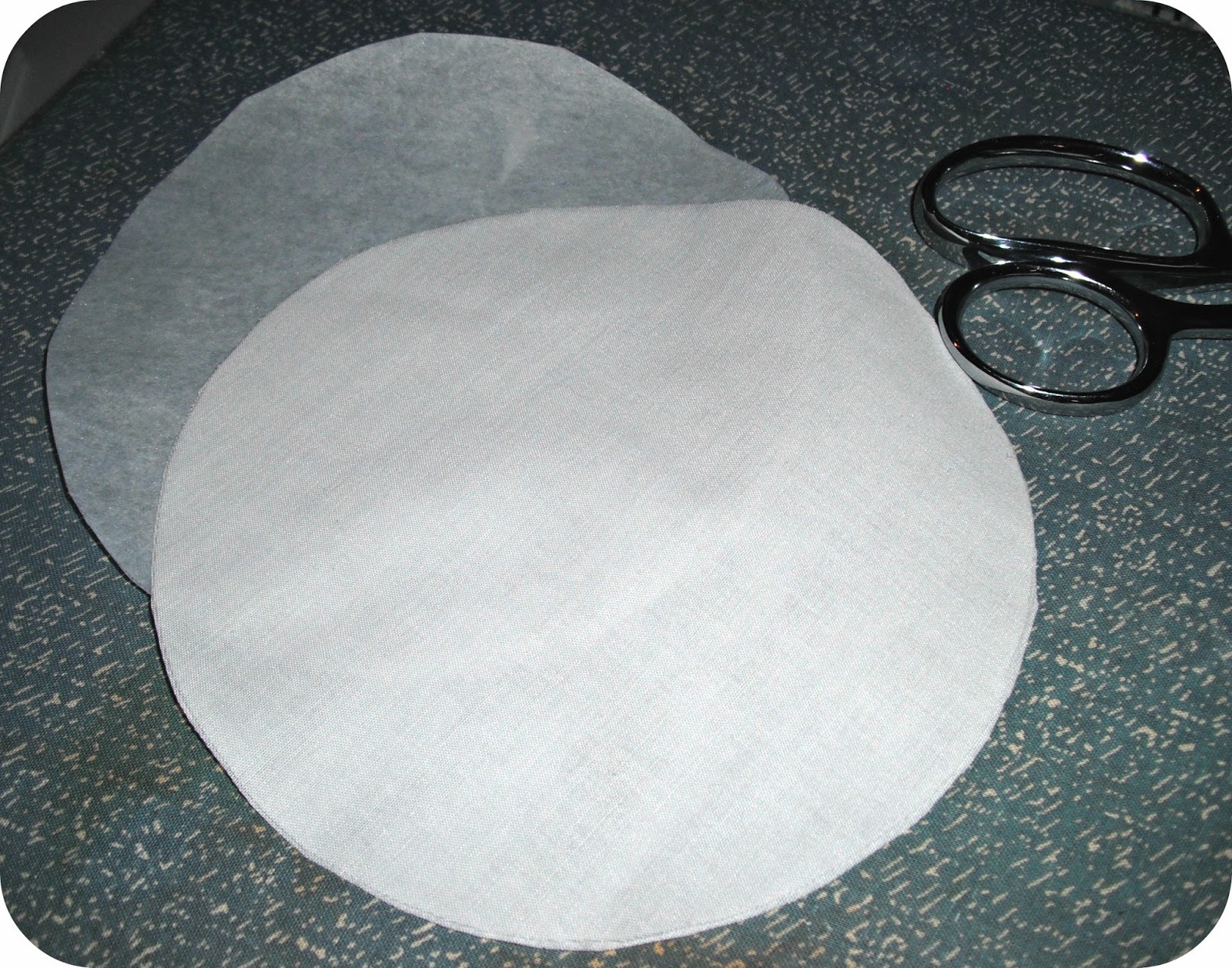 I cut out two circles of my scrap fabric since it was thin and stitched them together. Then flipped them out and hand drew the emblem with a pencil.

Shove that into the sewing machine and use a tight zigzag to trace it the emblem. Perfect was not what I was aiming for because the emblem was not drawn that way.

After that I slapped some heat n bond on the back of the circle and ironed it onto the shirt. Finished the edge with a red satin stitch and the shirt was done. 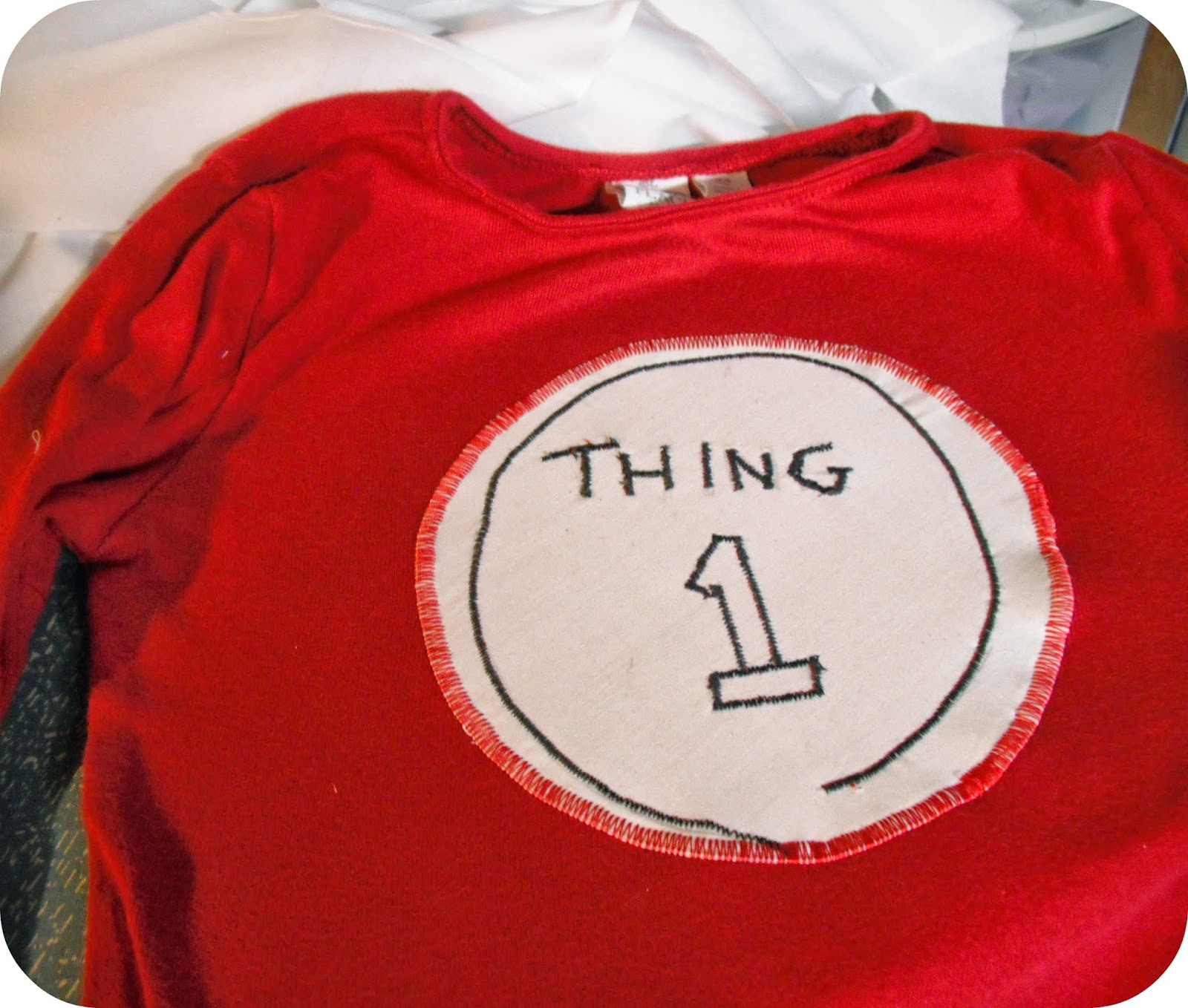 I made a quick headband by knotting blue fun fur around a blank headband. It's nothing fancy or pretty but it gives the impression of shaggy blue hair. 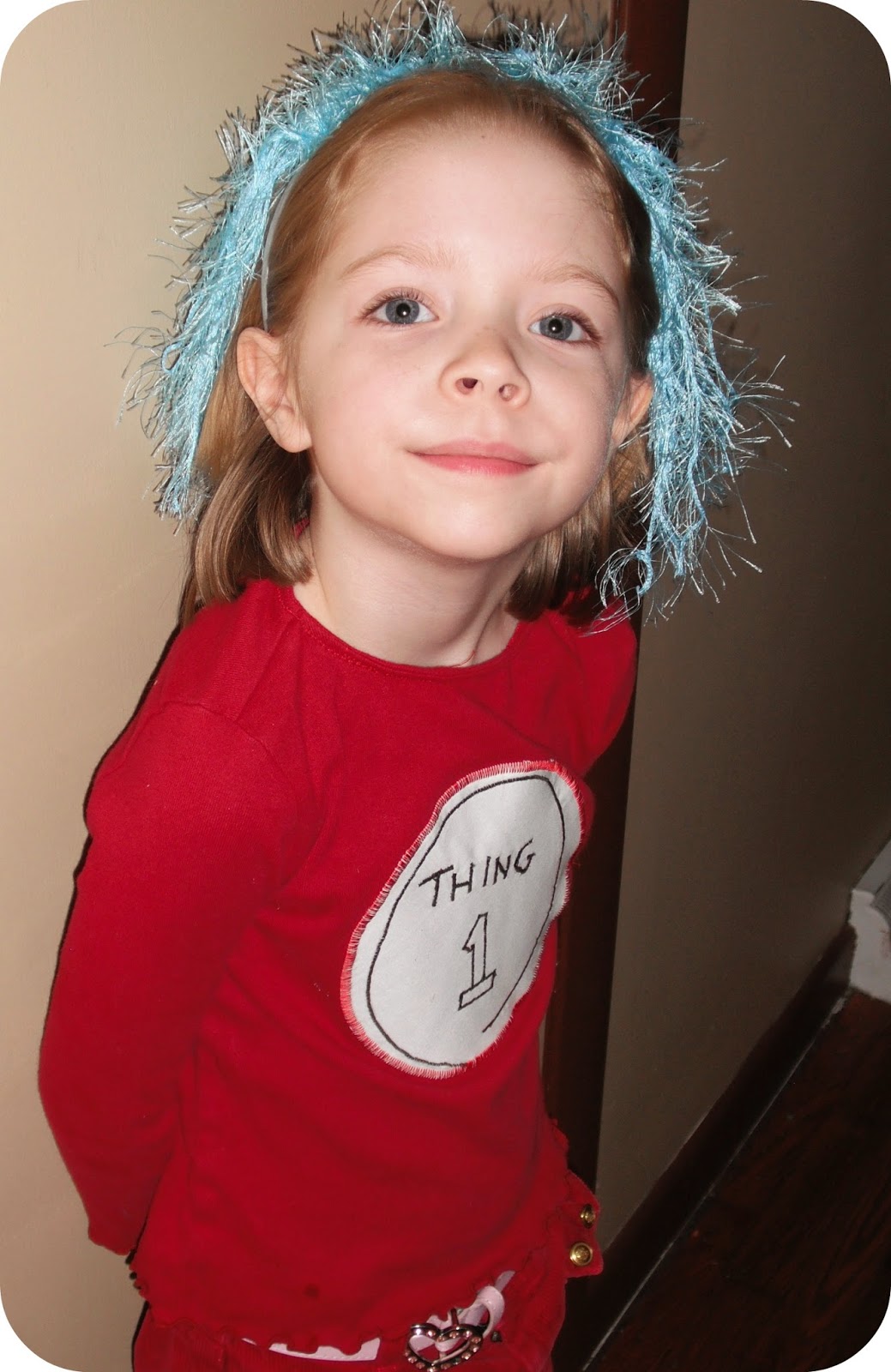 I thought she would be so unique at school by not choosing the obvious Cat in the Hat. I was wrong. She said there were around twenty people dressed as Thing 1s.. and less than five Thing 2s.

Either way she's a cute little Thing.
Posted by Eska at 1:27 PM